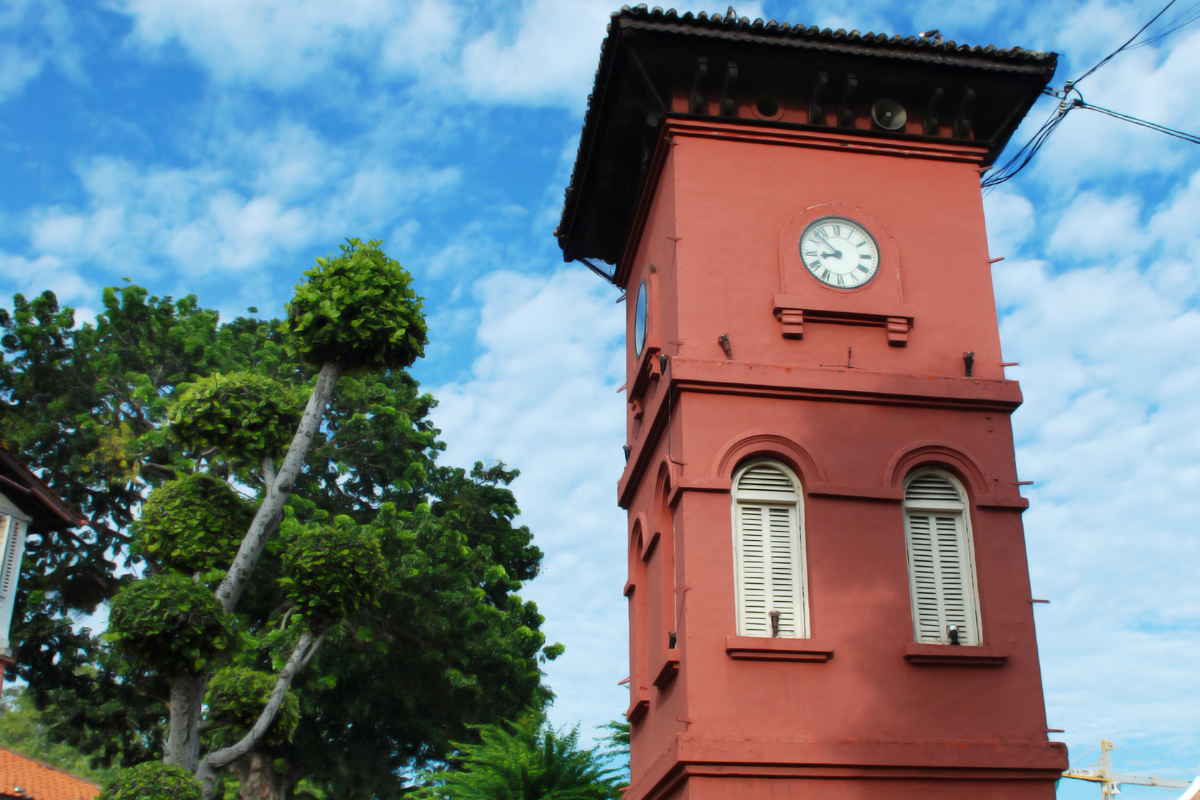 Melaka is one of two World Heritage Sites in Malaysia and is a very old city. It was once a major port city.

The historic district was first listed as a UNESCO World Heritage Site in 2005 and has been recognized for being one of SE Asia’s oldest ports with trade links to China even since the 15th century.

The Portuguese explored first in 1511, followed by the Dutch, British and finally the Japanese in WWII.

Malacca is a great place to visit if you want to experience the real Malaysia and learn about its history. It’s serene, but still has plenty of interesting aspects. You should definitely visit if you’re looking for a change of pace.

5 Places to Visit in Melaka

Have you been to Malacca? You can’t miss the towers that go up to 110 meters and can seat 66 people at one time.

The visit in the tower takes around 7 minutes to complete – you’ll ascend and then get to spend 5 minutes at the top, taking in the view over the city. Then you can descend again

From the tower you can admire sweeping views of the whole city. You can see as far as the coast.

The Sultans Palace is a model of the original wooden palace that belonged to Sultan Mansur Shah who would have been the ruler of Malacca from 1456-1477.

The home has now been transformed into a cultural museum which is flanked by pretty gardens and the building is so impressive because it was made without using any nails.

Instead the structure stands because of some clever engineering and a series of wooden grooves and slots. The building was then reconstructed after taking detailed notes of how the original palace would have looked according to the Malay Annals.

Stadthuys is a really famous landmark in Malacca and everybody will know it from the red facade.

The building dates from 1650. This makes it the oldest of its kind constructed during the Dutch colonial period with some similarities to Hoorn’s Stadhuis.

The government offices and the governor’s residence used to be on this street but nowadays it’s where the Museum is.

Located on Jalan Hang Jebat is the Jonker Walk Night Market, which is open from Friday to Sunday once the sun starts going down.

This might be the best place to shop for the souvenirs you need in Malacca, as well as antiques and handmade products

You can buy a lot of other stuff there too, like electronics and clothing. But one of the best parts is all the tasty food!

Here, you can get some of the best snacks like waffles & pancakes, chicken rice balls, and iced cendol – a dessert made with jelly and coconut milk.

The Cheng Ho Cultural Museum is a museum dedicated to Admiral Cheng Ho, a famous sailor who lived during the Ming Dynasty.

Head to the museum and you can see lots of beautiful dioramas, lots of maritime memorabilia and generally quite a few other cool things too. Cheng Ho really knew what was up.

If you like maritime history, this is a fascinating spot not to miss.