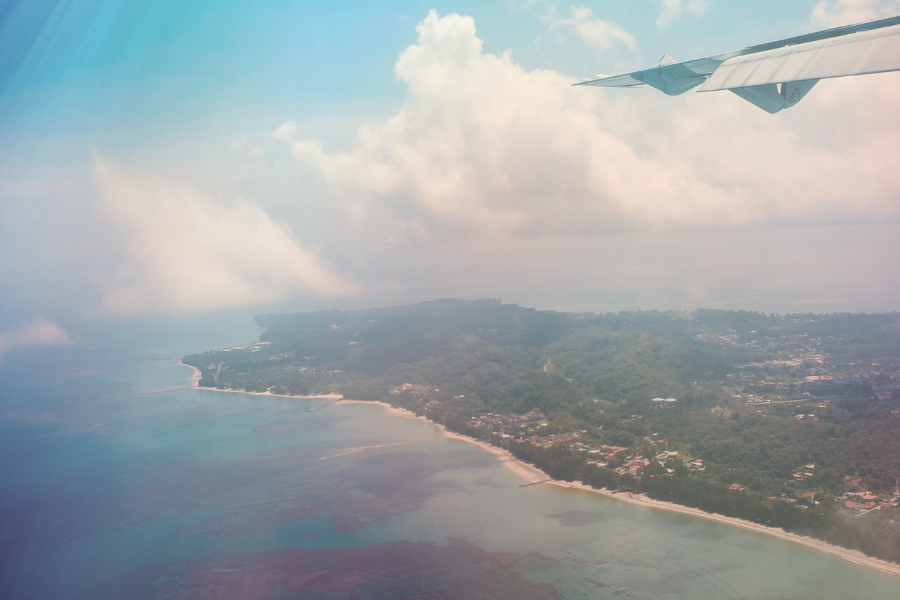 The Federal Territory of Labuan is renowned for being a tax haven but this beautiful territory, comprised of Labuan Island and six smaller islands, has historical, cultural, natural and economic significance. Labuan provides you with many things to do from relaxing on the beaches to exploring momentous sites where important events of World War 2 took place.

Places to visit in Labuan

Being a tax haven has its perks and the ability to offer its visitors a duty-free shopping experience is one of them! Splurge on a shopping spree at Labuan’s many duty-free shops which offer goods at prices significantly lower than most areas in the nation. You may want to pay a visit to One Stop Duty Free Shop, Syarikat Tai Seng and The Shoppers’ Stop but worry not if you are not able to seek them for there is a duty-free shop on just about every other corner.

Labuan Island is referred to as the Pearl of Borneo for a good reason. Its beaches and coastlines boast the territory’s natural beauty and provide the perfect environment for relaxation and appreciation of nature. A few highly recommended beaches in Labuan are the Layang-Layangan, Pancur Hitam, Batu Manikar, Pohon Batu, and United Nation beaches. The beaches of Labuan were once the recipient of the United Nations’ COBSEA Clean Beach Award; a distinguished achievement based on the cleanliness of beaches and their facilities.

The Labuan Botanical Garden is a beautiful, lush recreational park situated on land which was once the estate of a stately government mansion and home to the first governor of Labuan. Today, it is home to a wide array of tropical plants and flowers with its most prominent attraction being its Hibiscus and Herb Garden. The Labuan Botanical Garden contains a lake surrounded by lush greenery and has installations such as a reflexology path, gazebos, boardwalks, bridges, a reading corner and even a children’s playground.

The Labuan Bird Park is a bird sanctuary that is home to over 600 birds. Featuring Bornean birds such as sharmas and hornbills to other exotic birds such as kingfishers and peacocks, this bird park is the place for educational entertainment. The Labuan Bird Park consists of three geodesic domes connected via tunnels, allowing the birds to roam and fly around freely in a natural environment whilst also enabling visitors to get up close and personal with the avian creatures. If you are lucky, you may even be able to watch a live bird show!

Peace Park is a monument constructed by the Japanese as a symbol of peace and harmony and also as a tribute to those lives lost in Borneo during the Second World War. Peace Park takes its visitors on a walk through history amidst its beautiful greenery and lakes to commemorate Labuan’s involvement in the War. Walk a few steps from Peace Park and you will find yourself at Surrender Point, the location at which Japan had surrendered to Australian forces and thus marked the end of World War 2 in Borneo.

The Labuan Clock Tower is an exact replica of the one originally built in 1906 which was among the few structures that remained standing upon the end of World War 2. The original clock tower was demolished by the British Administration in 1948 and this replica was constructed in 2002 to commemorate the historically significant structure.

Ramsey Point is an observation tower sited at the location where two significant events occurred in Malaysian history. The first event was the transfer of ownership of Labuan from the Sultan of Brunei to the British Crown in 1846 and the second event was the landing of the Allied Forces to liberate Labuan from Japanese occupation in 1945. Aside from allowing visitors to stand at the very place where major historical events took place, Ramsey Point also allows for a breathtaking view of the surrounding ocean.

The Labuan Marine Museum is a museum containing 572 collections that showcase the diverse marine heritage found in the waters of Labuan. The lower level of the museum is comprised of four sections which exhibit the various species of marine life in the region, coral and fish, mangrove, and the four famous shipwrecks which occurred in the area while the upper level is an informative showcase on marine life biodiversity as well as traditional and modern fishing tools etc. found in Labuan.

The Labuan Museum is home to 707 collections that showcase the historical and cultural theme of Labuan. The museum takes visitors on a walk through the chronological history of Labuan and also educates visitors on the socio-cultural and socio-economics aspects of the local community comprised of various races and ethnicities. The main attraction is a replica of a traditional Kendayan house.

Kampung Air Patau-Patau or the Patau-Patau Water Village is a fishing village predominantly occupied by the descendants of Brunei Malays. The unique architecture of this water village consists of houses erected upon stilts and connected via wooden walkways. You can pay a visit to Kampung Air Patau-Patau but if you find yourself loving the atmosphere there too much to leave too soon, you can also opt to stay at one of the many homestays provided in the area. The village also has restaurants which boast its delicious seafood as well as facilities for water activities for visitors to make the most of their stay.

The next time you find yourself in Labuan, boast your knowledge of all the historical significance this Federal Territory carries and boost it by visiting all the sites highlighted in this list!

If you are not much of a history junkie then Labuan definitely has beautiful beaches and parks for you to get your fill of the town!

Most importantly, don’t miss the opportunity to go on of the best shopping sprees you can ask for in Malaysia!